Bonus - Dancing Above the City 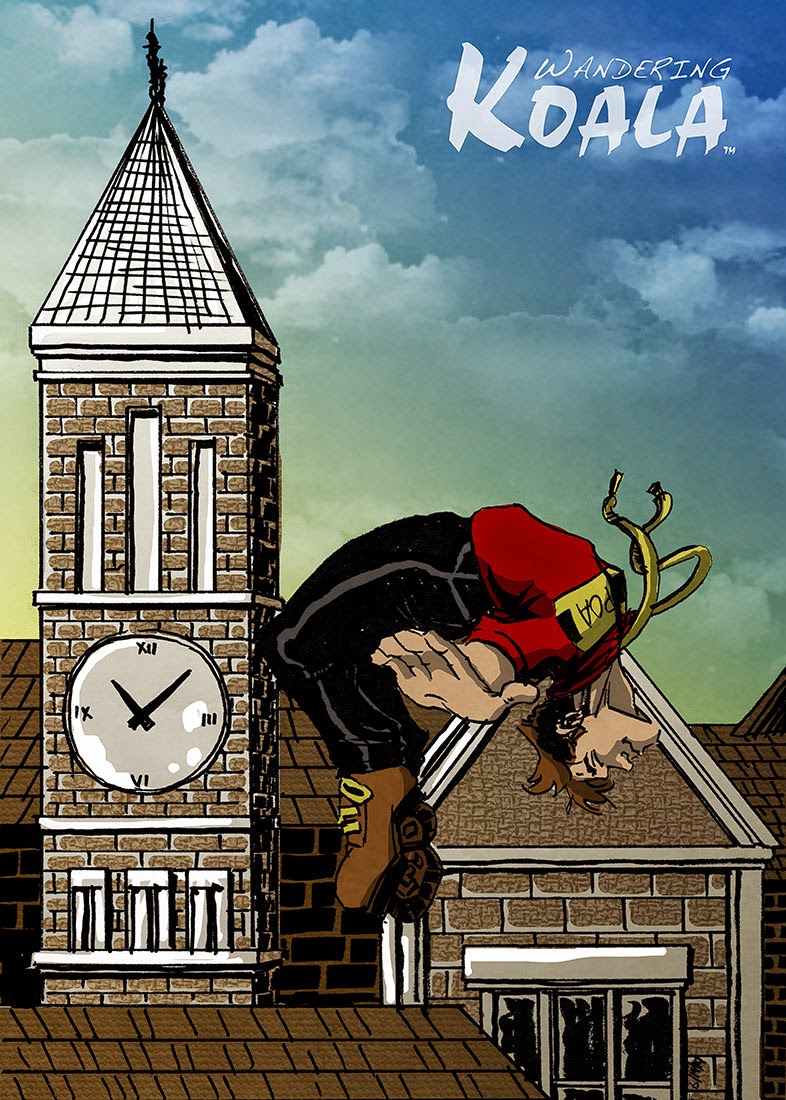 Bonus - Over the Head 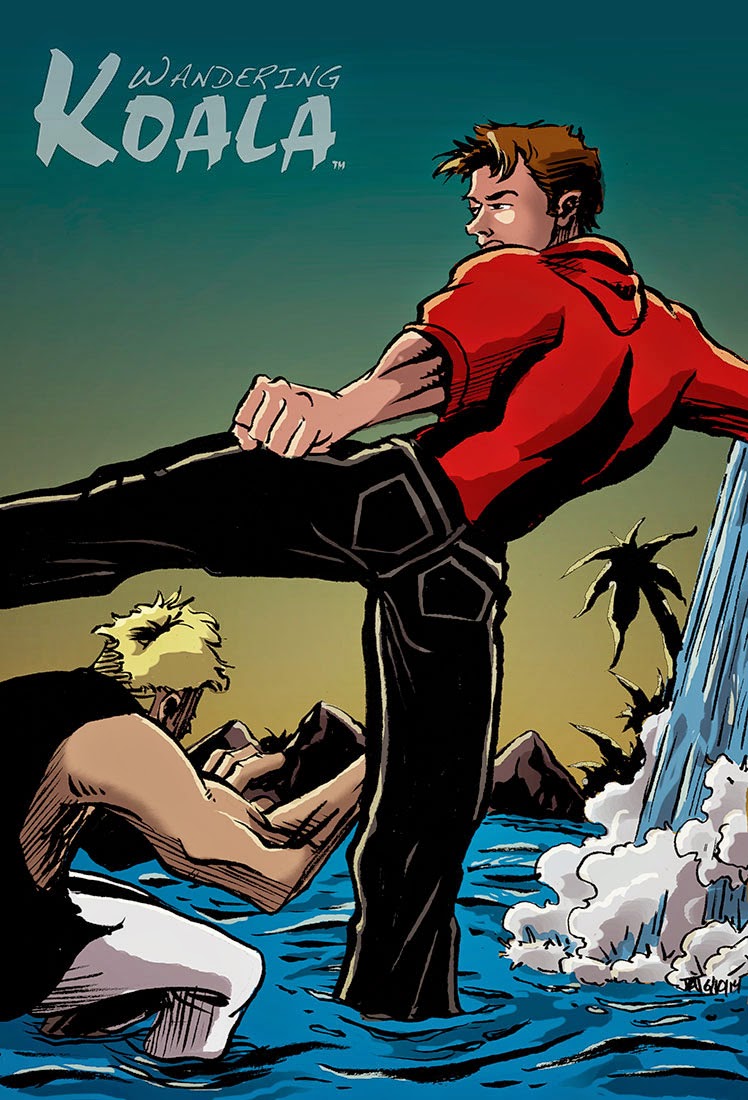 Bonus - Have a Nice Trip 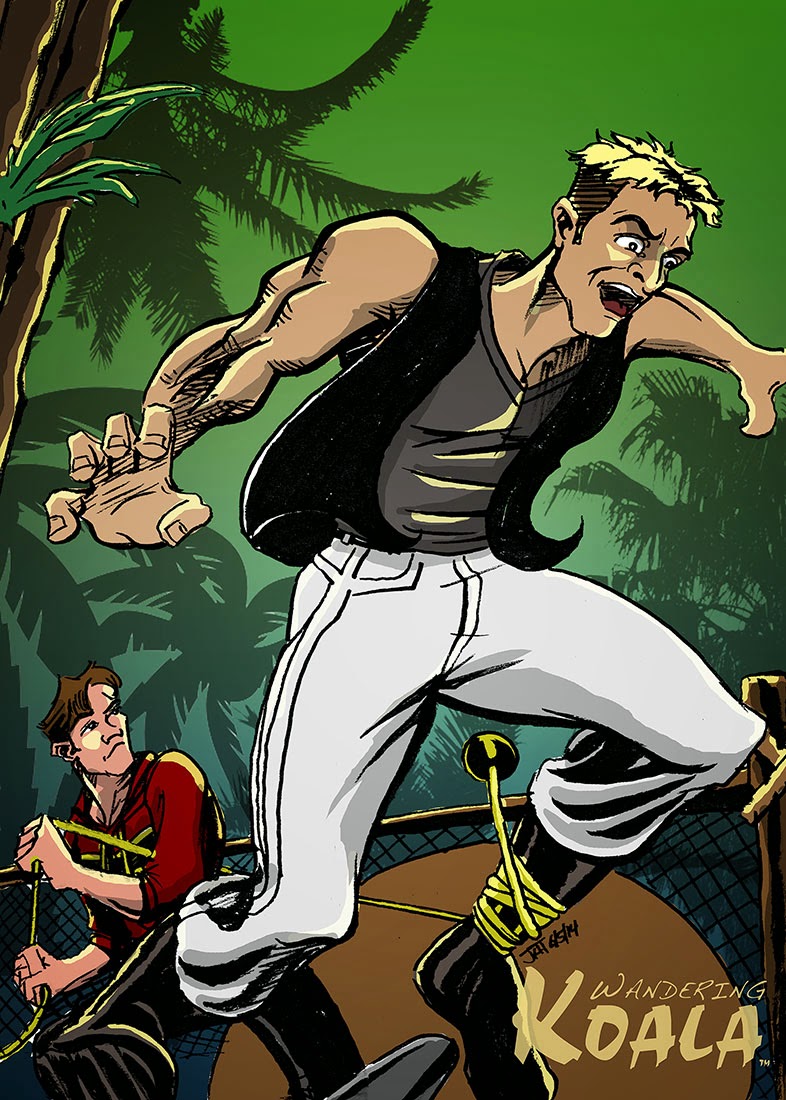 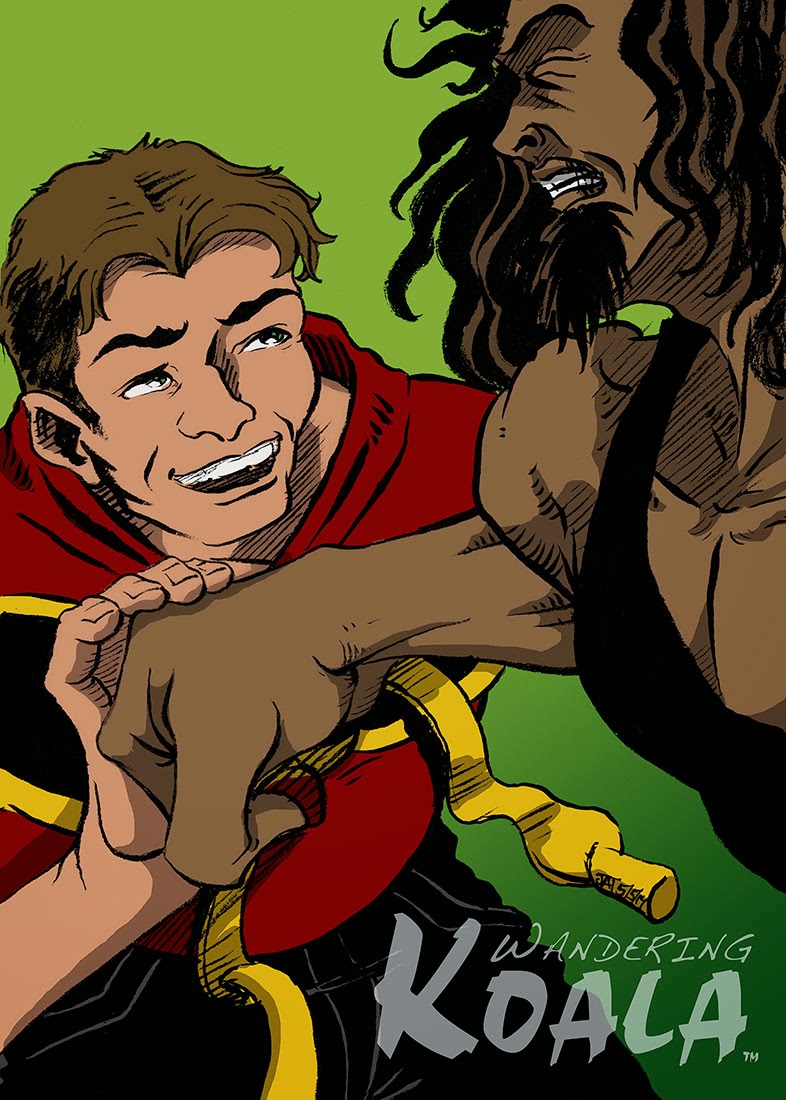 Bonus - At the Pizza Rodizio 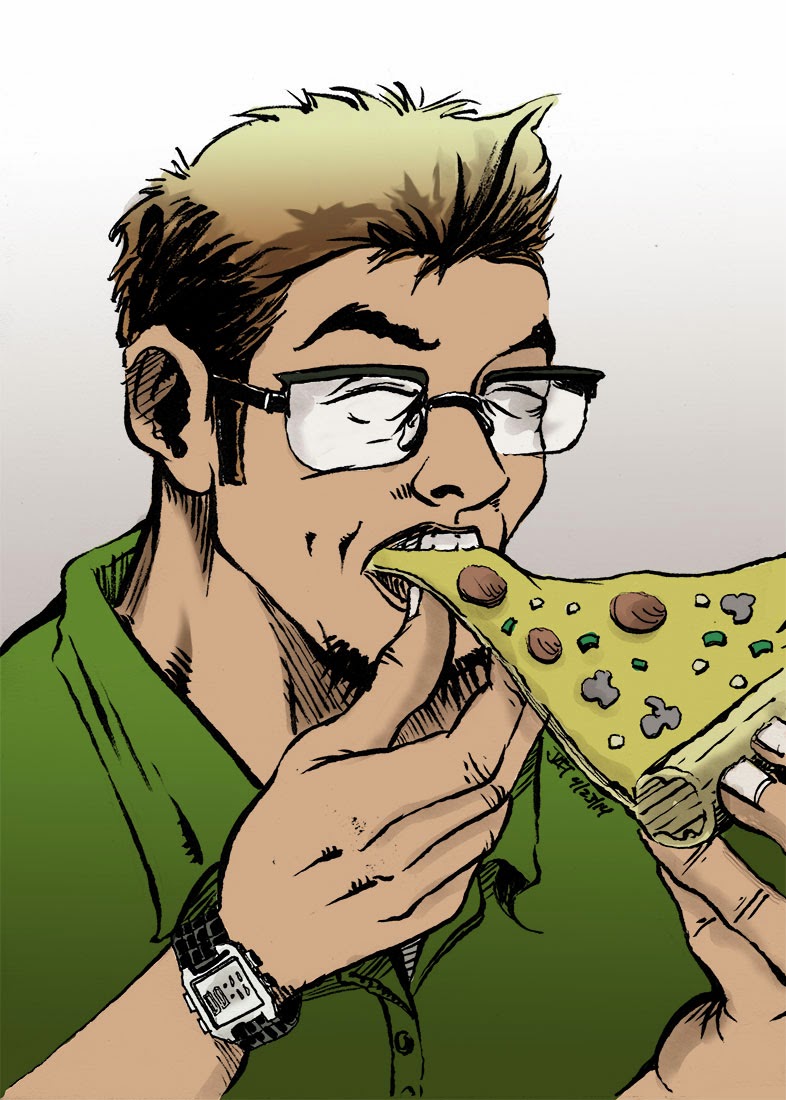 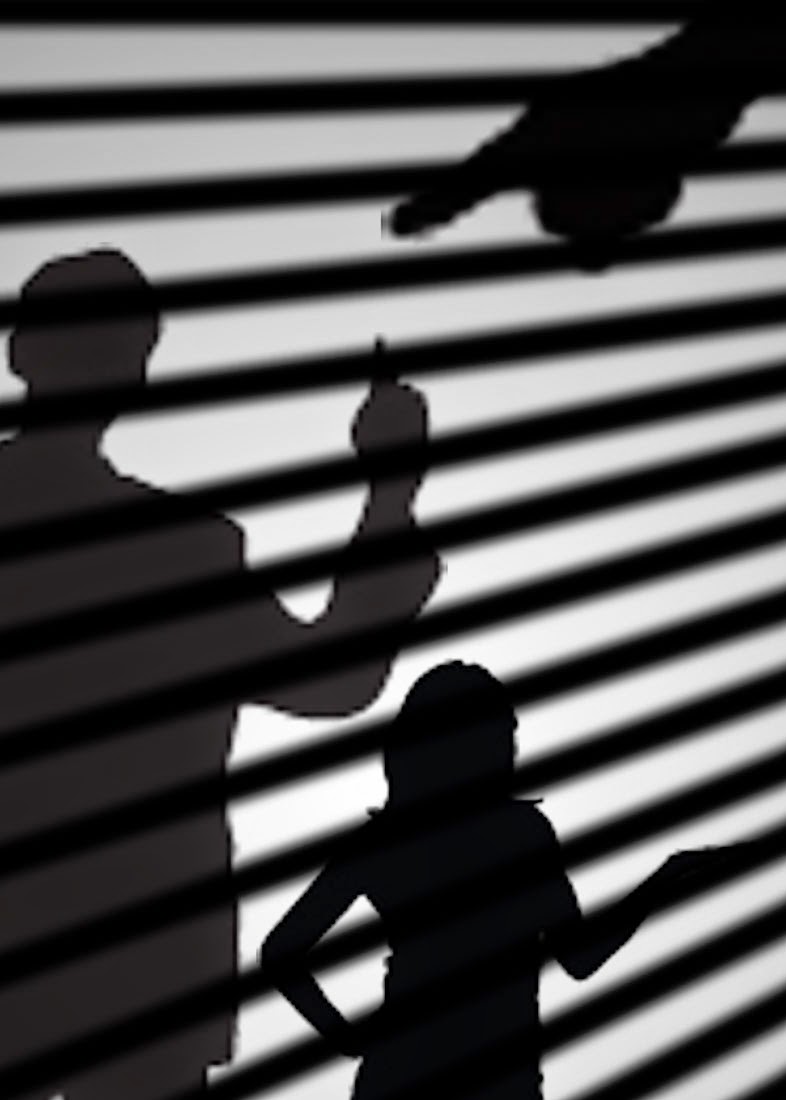 In a dark room in a small town listed on no map sits a cabal of self-interested parties.
“Kim and Becky, report.”
“Our hired man has done his job well. He’s moved the target to the Gladiator Pits.”
“Will that be sufficient? This Wandering Koala has proven more … resourceful than anyone could have anticipated.”
“There’s no reason for concern. The greatest warriors and fighters in history have all failed to escape. And his friends have no idea where he is, so we won’t have to worry about their meddling.”
“What is the plan now?”
“Let him fight in the games for our amusement. Let him take on the greatest warriors the world has to offer. And if he somehow manages to defeat them, let Thylacine have his rematch.”
“And if the Wandering Koala defeats him?”
<Laughs> “I don’t see how. But either way we’ve promised him to Amazat. I suppose the good doctor will just get to dissect a fresh specimen.”

Email ThisBlogThis!Share to TwitterShare to FacebookShare to Pinterest
Labels: Secret Society, They

49 - I've Got a Special Treat for You, and You're Not Going to Like It 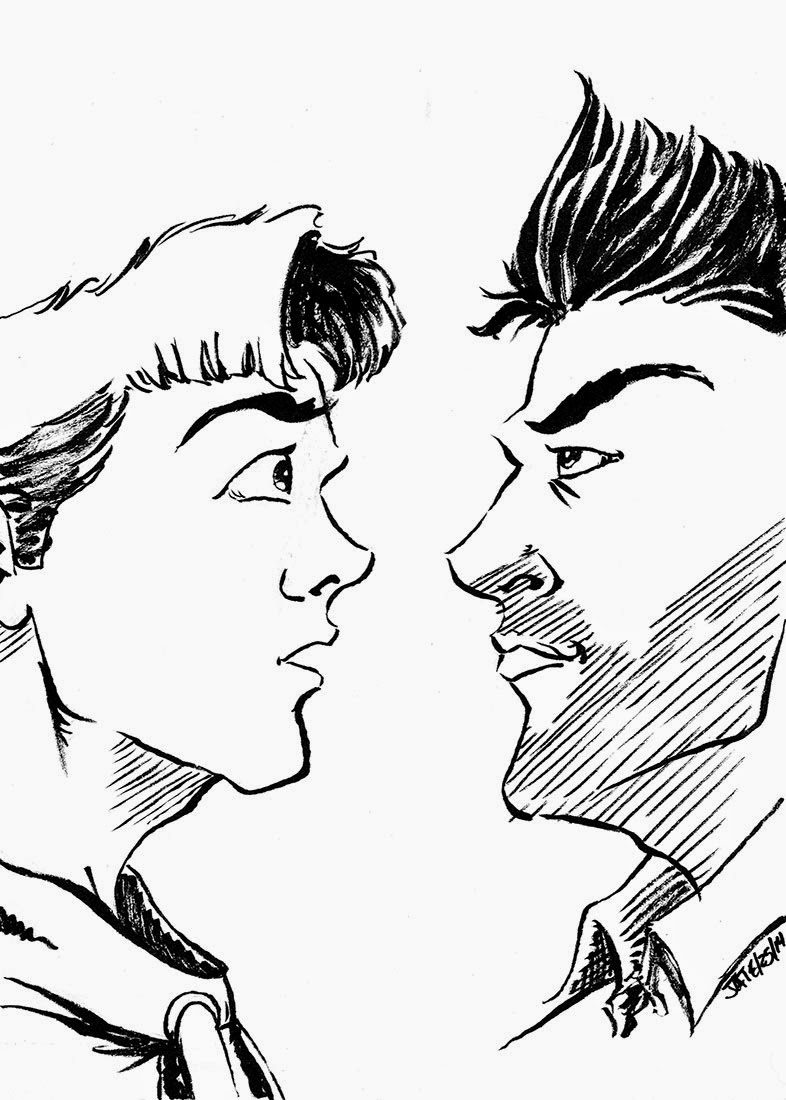 Kyle moves up the scaffolding with amazing speed and agility.
You’d think he was just starting the fight. The Cuscuses are physically and genetically superior to me, and there are three of them, and yet he seems to be handling them with no signs of stopping. For the first time I consider he may be beyond my ability to take down. No, that’s nonsense. None is greater than Thylacine. But it would be wise to reconsider my strategy. Even three Cuscuses can’t take him down. I believe a change in venue is in order, but I know Kyle won’t go willingly.
I let them fight for another twenty minutes. I keep a close eye on their conditions, their breathing, and their speed. I wait until they have him cornered and there is only one path for escape, and then I make my appearance.
Kyle recognizes me instantly and shudders. Apparently I’m not the only one who has had nightmares about those years. He is too stunned to even try to block the Cuscuses’ attack. He’s bound in thick iron chains and locked in a safe before he can recover his wits.
“I’ve got a special treat for you my friend, and you’re not going to like it. Not one little bit. But I will.”
My smile couldn’t be broader.

48 - Can't Understand a Word He is Saying 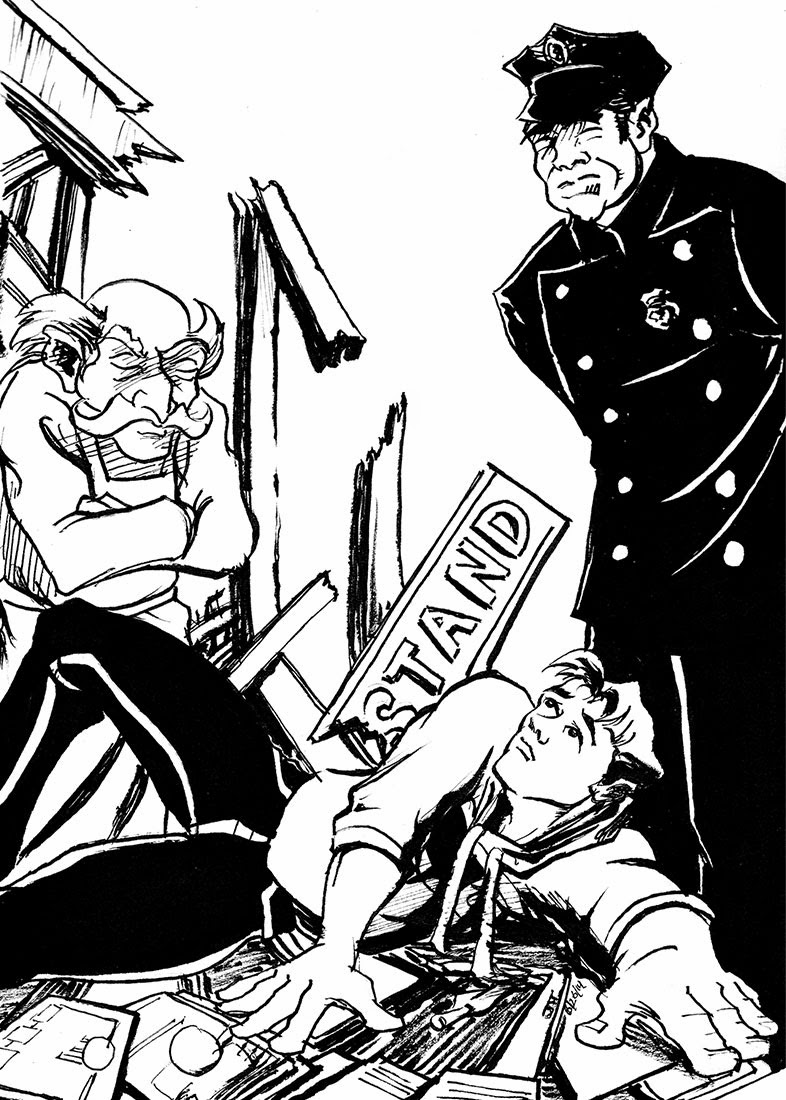 Sirens in the distance tell me the authorities may be on their way. If so, their response time is better than most. I see the Cuscuses hear them as well. They take the fight above the street. One of them manages to grab Kyle around the neck and drag him up the side of a building. The other two follow along the side delivering blows to his belly and both sides. He grabs onto a windowsill and jerks forward pulling the first Cuscus off the building. He breaks free of the headlock. Kyle twists his body, grabs the windowsill with his other hand, plants his feet against the side of the building, and pushes himself several yards in the air towards a large scaffolding. He weaves his way up the green bars. The Cuscuses follow him up.
Two patrol cars stop next to the battered newsstand. The officers get out of their cars and look around. One of them scratches his head. I can’t hear what they are saying, but I’m sure it involves a lot of “I don’t believe it” and “have you ever”. The newsstand owner tries to direct their gaze upward, but he must be a foreigner with a thick accent, because the officers act like they can’t understand a word he is saying. 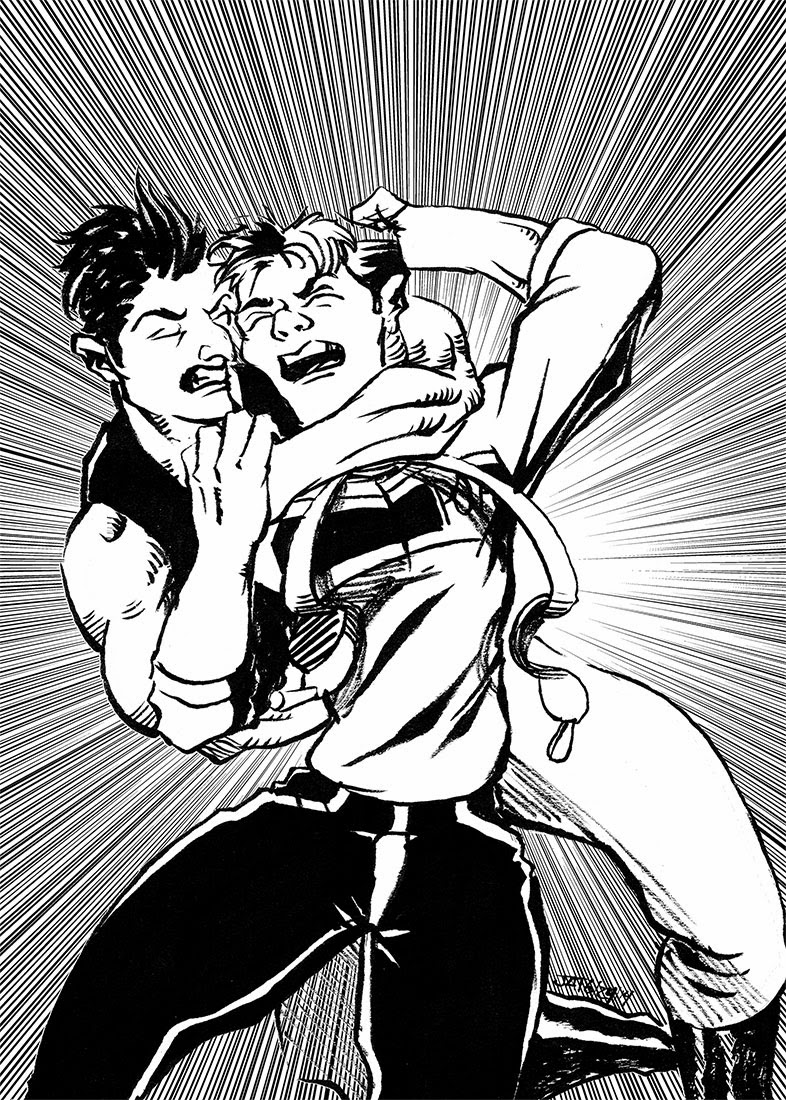 They struggle in the air. Their bodies are entwined like pretzels. Each has a hand around the other’s throat. The Cuscuses were designed to feel little pain, but the grimace on this one makes me shiver. Kyle is able to slip loose at the last second and flip himself over a pole and onto the ground. But his momentum is too great. He crashes thru a newsstand with the Cuscus.
Kyle is on all fours and tries to spring to his feet, but the Cuscus is too quick. They grapple with the Cuscus on top, writhing and struggling. Kyle somehow manages to flip his attacker over his back and puts him in a headlock.
But it doesn’t last. The other two Cuscuses are behind him and pull him off. Kyle sidekicks one and roundhouses the other, but neither go down. The four are back at it punching, kicking, blocking, and chopping.
Kyle looks like he’s starting to breathe hard, and I think I see what may be a drop of sweat moving down his brow. His endurance is incredible. I wonder if he’s had any enhancements. I should collect a genetic sample and have Amazat test it. No, not Amazat. I don’t trust him. Who knows what he would do with that information. I’ll find another less self-interested geneticist to analyze the sample.

46 - They're actually gaining on him 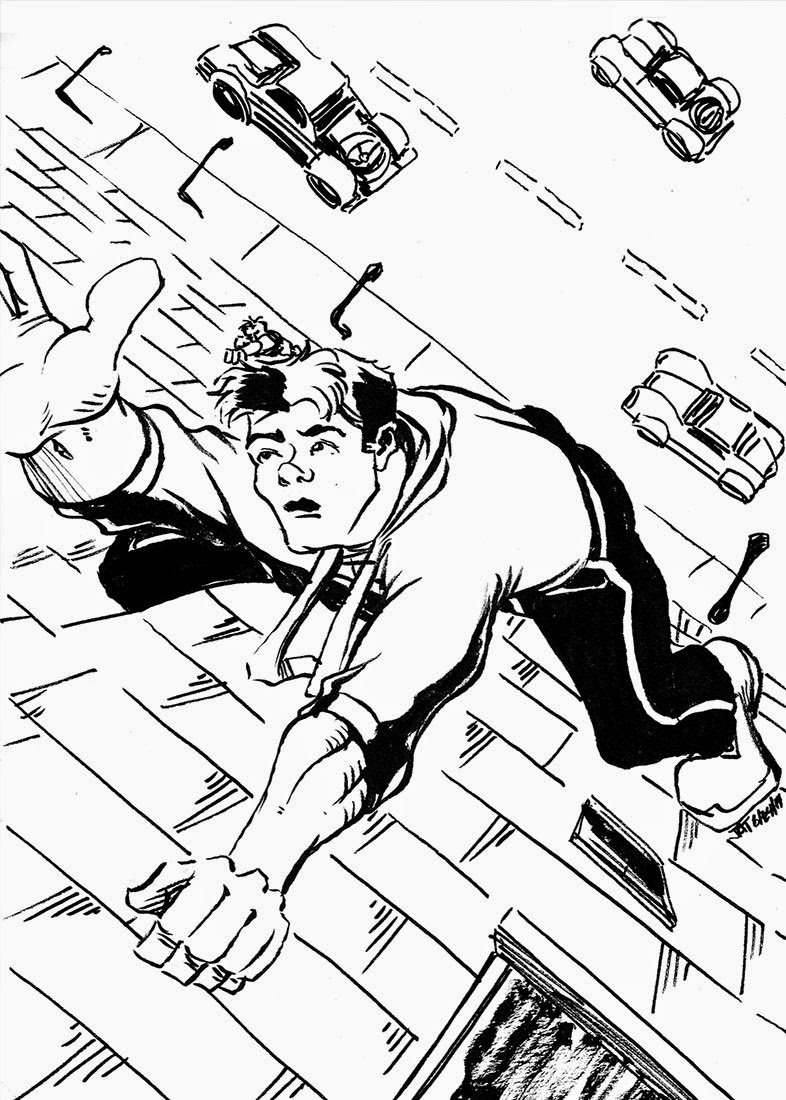 The Cuscuses follow. I thought they would be trailing behind, but they’ve made up the distance rather quickly. Dr. Amazat should be commended. Physically they’re quicker, faster, and more powerful than me. Imagine what they could do with my training and experience. That’s a foe I wouldn’t want to face.
All four shuffle along the ledge around the side of the building. Kyle decides to go higher. With bare hands he’s able to scale the side of the hotel like it was flat ground. I would have a hard time keeping up with him, but the Cuscuses don’t. Apparently Amazat designed them to move up and down as well to the side in the urban jungle. Kyle is as surprised as I am. They’re actually gaining on him. He pops into a window.
I’m tempted to follow them in but hold back realizing this is not the time to reveal myself.
I hear scuffling and women shrieking. The temptation to go inside grows.
One of the Cuscuses comes flying out of a window head first two stories up. The other two fly out of an adjacent window holding onto Kyle. Or is he holding on to them? They’re at arms’ length and spinning slightly. Kyle twists one so he hits a cornice with the side of his body and rolls down the side of the building alone. That leaves him with only one opponent. 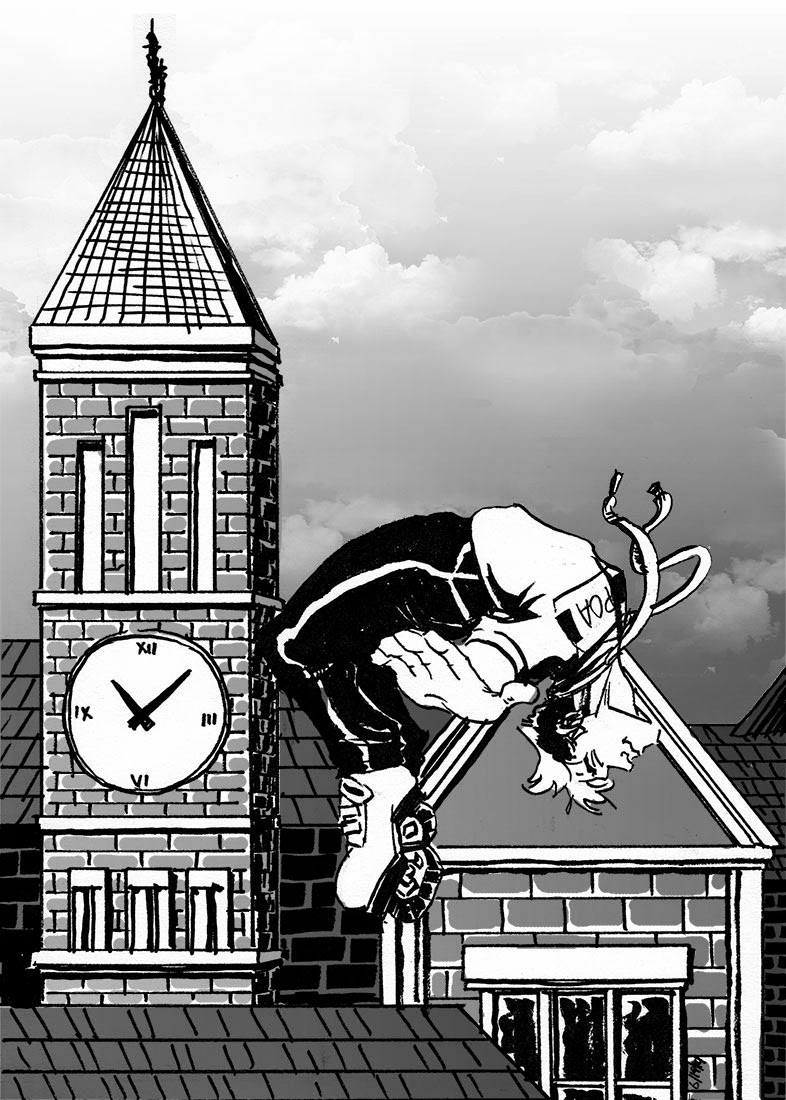 He goes for a jog each day, sometimes in the morning and sometimes at night. But he doesn’t use a trail in the park like a normal person. No, he has to do it extreme sports style. He jogs across rooftops, leaping from building to building. I couldn’t have asked for a better setting if I had planned it myself. His four-eyed friend usually jogs on the sidewalk below, but for some reason isn’t tonight. I wonder why.
He leaps from ledge to roof effortlessly with a smile of pure euphoria filling his face. He really enjoys this, doesn’t he? But I can see the quick glances he takes around, the straining of his ears in every direction. He knows something’s up, and he’s ready for it. No reason to keep him waiting.
The Cuscuses descend from three sides when he is in midair and has no way of dodging them. He tries his best to block all three attacks, but two of them hit him pretty hard. He crashes against the brick chimney so hard it cracks. They don’t give him any chance to recover delivering a series of kicks, punches, and elbow jabs to every part of his body. I see the smug looks on their faces and shake my head. “Don’t get sloppy,” I whisper, but it’s too late. He kicks one of them across the street. The other two intensify their barrage of punches, but he somehow slips past them and is off the rooftop and onto a ledge across the street.